A Week From Hell

It's been a long, hard week here between the extreme heat and humidity and exhausting computer problems. Ultimately the heat broke a little with a good soaking rain on Saturday morning and the computer(s) are fixed and improved beyond where they initially began after nearly 12 hours of work on them by a friend who is an IT wizard. I now have a brand-new operating system on my main computer and sparkling files that have been scrubbed of all the malicious viruses, worms, trojans, and evil-doers that were lurking in them. I won't detail what actually happened because I don't want to publicize the cretin who devised the knockout punch, but suffice it to say that it was a serious blow. Anyone who would inflict such a terrorist attack for no reason other than getting some kind of smug satisfaction at wreaking havoc on the world at large deserves to fry in computer hell. 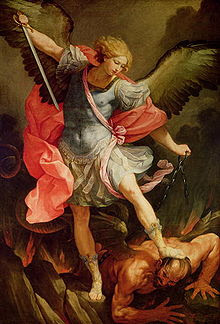 
No, I haven't gone and gotten religion over it all, but I am extremely grateful (in general) that there are kind and intelligent people around who understand the inscrutable world of computers and that one of these great souls came to our assistance. I'm sure that India is a wonderful country, but I would much rather have a knowledgeable guy from the next town be here in person. So I'm glad to put this bad experience behind me and focus on the improvements this has brought to my dear computer.

New York, New York
Looking ahead to this coming weekend, I am making the trek to Manhattan via dear friend Binnie's in Connecticut. The Binster and I hope to rendevous with other friends in NY and see some art in the flesh. One show I would really like to see is the new Matisse show at MoMA, “Matisse: Radical Invention, 1913-1917.” 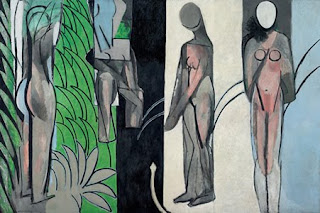 Henri Matisse, Bathers By a River, 1909-1917
The Times today had an article about the research done on Bathers By a River, a painting which they say Matisse considered one of his five greatest works. The Times has an interactive feature about the painting showing the stages of its development over eight years. Here is the link to the slide/video/audio description of the process. On that site you will also find the link to MoMA's website which has a lot more about that painting and the show in general. Unfortunately, this show does not open until next Sunday, July 18th. Perhaps I'll get back to New York before it closes in October. 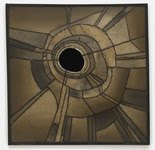 Lee Bontecou, untitled sculpture, 1959.
1. Lee Bontecou
But in looking at the MoMA site, I see that they have now have a show on of work by Lee Bontecou, one of my very favorite artists. If my mind wasn't such a sieve, I might have remembered reading about it before, but I had completely forgotten it. This would be great to see because I only know her work from a couple of real pieces and mostly from reading about it. This is not a huge show, but I'm making it a must on the arting list. 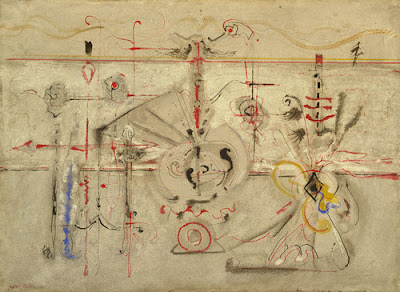 3. Several other shows at MoMA
Such as Mind and Matter: Alternative Abstractions, 1940s to Now, Contemporary Art from the Collection, and Pictures by Women: A History of Modern Photography.


Including: Jack Shainman Gallery - Leslie Wayne "One Big Love" with Jonathan Seliger "Spoils", Cheim & Read, "Le Tableau," French abstraction, and many others that I will have to look up or we can just walk by and look in the window. 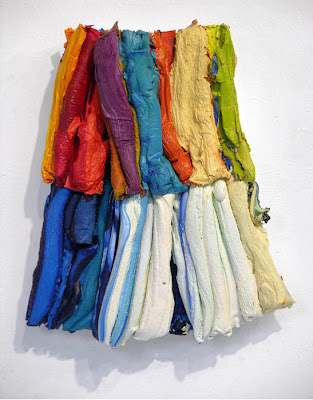 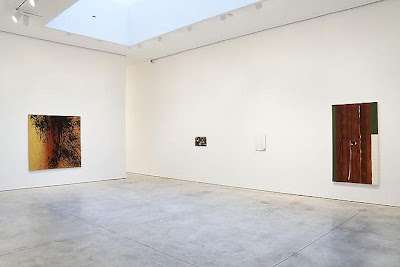 Installation shot from "Le Tableau"
The last time that I visited Binnie for an arting trip, it was February and, wouldn't you know it, that Saturday was the day that there were 17" of snow in Central Park. I just hope that this time the temperature is not over 100 degrees as it was last week. I've been hot enough for a while.

P.S. Any recommendations? If you have any suggestions on shows to see this weekend, July 16 and 17, feel free to make your recommendations in comments.
Posted by Nancy Natale at 12:11 AM

I recommend the Otto Dix exhibit at the Neue Galerie: http://www.neuegalerie.org/exhibitions/otto-dix The permanent collection and the building itself are always worth a trip in my book too.

Have a great trip-

Thanks, Wendy. That's a good recommendation. I read about that show in Mira Schor's blog and her exploration of his work was terrific. I'll check it out.

Here's my recommendation: A Tenth Circle of Hell for computer terrorists.

See you in NYC!

Definitely Mind and Matter. I'm posting about it tomorrow or Thursday, so you'll have a little preview before you go. And since you'll be at MoMA, Lee Bontecou.
Check out http://joannemattera.blogspot.com/2010/06/motherlode-lee-bontecou-at-moma.html

And you MUST go to the roof of the Met to see Big Bambu, Doug and Mike Starn's rambling structure, which will remain under construction until the day it comes down, at the end of October. Even when it's hot, the bamboo keeps the roof cool. Go early enough in the morning to pick up tickets for a climbing tour of the structure. I did it on a hot day at the end of May but have been too busy to post. Go see it. And if it's cool and you want to stay outdoors--or maybe in the evening--visit the High Line in Chelsea. If the organic ice cream truck is at the stairs on 20th, splurge on a cup of ice cream It's almost $5 but worth it.