Here I am again after a long break. Thanks for hanging in there with me.

I've been taking time for reflection, reading and thinking about ideas for work. I've been making sketches and notes galore and have made quite a few new pieces that I think can lead to two or three series.
My intention was to reintroduce some elements in my work that I had used a while ago, and I wanted to integrate encaustic as one element rather than as the whole story. It has helped me to think of these works as sculpture rather than painting even though they are really more two dimensional than three. The term "constructed paintings" comes to mind since this is what I used to call my works.
I should say that in terms of ideas behind the work that I have been focusing on thoughts of aging, memory loss and mortality as I have been more and more involved with the care of my 92-year-old mother.
I began by combining a circle with a square panel and working from there. The one below is the third piece in the circle/square series and my favorite. 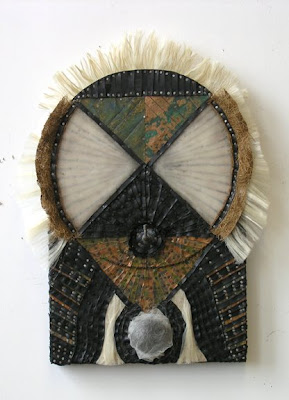 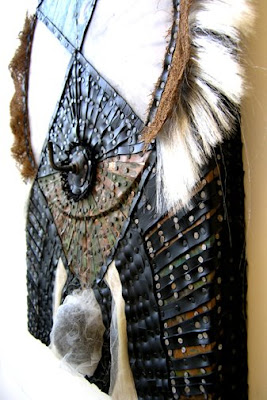 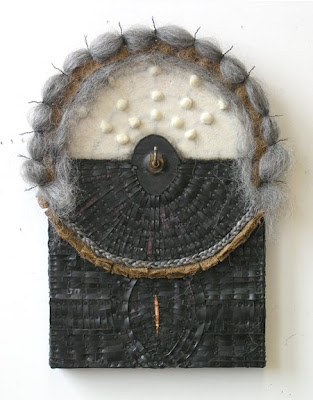 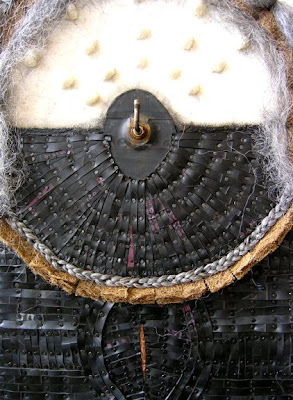 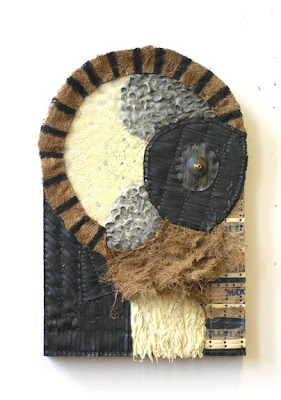 This one was the first I made. It's "The Virgin's One Bare Breast", about 25"H x 24" wide. This one has encaustic, rubber, tacks, coconut fiber, textiles, shells and acrylic paint. 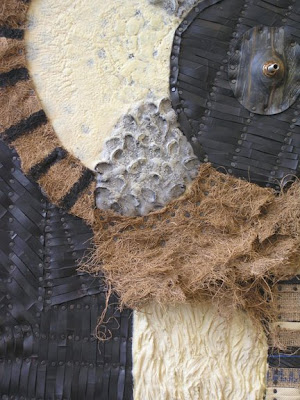 A detail of "The Virgin". The title refers to the way the Virgin Mary was depicted in religious paintings of the 11th and 12th centuries with just one breast exposed and nursing Jesus. The breast was an image of nurturance and fertility (even though the breast was usually pretty peculiar looking and non-anatomical).

So these three pieces are the beginning of what may be one series. I'll show you more of other series later.