Every day I get an update from New York magazine's Daily Digest of the Devouring Culture Vulture. Well, I like to stay in touch with the latest gossip. So today they had a link that I found to be a lot of fun. You type a couple of paragraphs into the window of the statistical analysis tool, and your writing is analyzed for word choice and writing style and compared to those of "the famous writers." (This tool is not associated with the Famous Writers School, by the way.)

I took several examples from this blog and plugged them in and - whaddya know - my closest match is David Foster Wallace! - whose writing I find extremely hard to read because it rattles on forever and seems overly impressed with itself. Ooh, how embarrassing. I guess that's what I'm doing here. (blush) 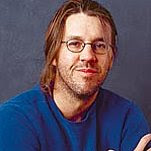 David Foster Wallace, (February 21, 1962 – September 12, 2008) was an American author of novels, essays, and short stories, and a professor at Pomona College in Claremont, California. He was widely known for his 1996 novel Infinite Jest, which Time included in its All-Time 100 Greatest Novels list (covering the period 1923–2006). 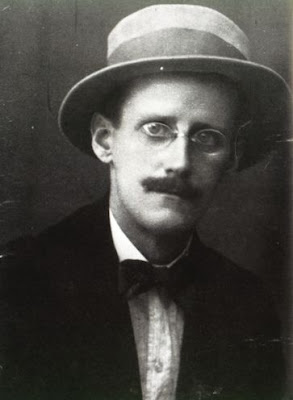 But on the other hand, one of my paragraphs was picked as a match for James Joyce! Wow!

James Augustine Aloysius Joyce (2 February 1882 – 13 January 1941) was an Irish writer and poet, widely considered to be one of the most influential writers of the 20th century. Along with Marcel Proust,Virginia Woolf, and others, Joyce was a key figure in the development of the modernist novel. He is best known for his landmark novel Ulysses (1922).


Of course I also got Chuck Palahniuk (who?), Dan Brown (The DaVinci Code) and William Gibson (another who? for me). None of my matches were women. So this either means that I really do write like a man (or men) or else the statistical tool is biased against women. Maybe their female writer data base is limited to Hedwig Elizabeth Charlotte of Holstein-Gottorp, Elsa Beata Bunge and Maria Henrietta de la Cherois Crommelin (all real writers and famous in their day). 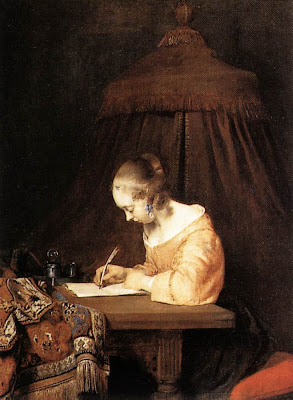 How I look when I write Art in the Studio
Oh, God. I just looked up Chuck Palahniuk and found out he was the author of The Fight Club and Choke & Rant. Yuck! And William Gibson is known in Wikipedia (my authority on all things authorial) as the "'noir prophet' of the cyberpunk subgenre of science fiction." I think I'm getting a message here.
Posted by Nancy Natale at 11:53 PM

Hi Nancy - Turns out I write like Stephen King and Raymond Chandler. I had no idea my posts were so ...errr... gripping.... Doesn't that make you feel better?

Thanks for sharing this. I'm going to pass it along to a few blogging friends-

I like the combo of Stephen King and Raymond Chandler - sort of noir- horror-sci-fi-detective. It covers it all! And in a totally gripping way. What a fun toy even if it is the magic 8-ball as Joanne Mattera says.