The Questionnaire is meant to be a lighter version of a bio, a little more revealing in some respects and personal without all the facts bogging it down. I supply the questions and the respondents supply the answers. Either one or both of us supply the images.
B e v e r l y  R i p p e l
What is your favorite color?

I am more interested in the interaction of colors –often complementary colors – and find that one either quietly enhances the other….or may cause some ‘razzle-dazzle’. I also use monochromes (or black + white) for effect, and find that size matters, too.

What turns you on creatively, spiritually or emotionally?

Nature’s sounds and silences… sitting by the ocean…going for a morning walk and being alone in my “mind studio”. Also, believe it or not, I find that when I clean my house on my hands and knees, (my repetitive “floor exercises”), I re-discover past yard sale collections or street finds. Sometimes past journal ideas are later re-ignited.

What turns you off?
Unrest. Worry.

What profession other than artist would you most like to be?
Other profession(s): medical, music, or maybe a pastry chef! (My dad was in the medical field, so that was my direction entering college.) Something about the physiological, the psychological or our cultural rituals has always fascinated me. I ended up studying anthropology along with folklore and liberal/ fine arts. It all shows up in my work. My mom, Julia, was a fantastic baker of desserts. I enjoy creating pastries and pies especially with woven, buttery crusts. We always joked about opening a bakery (together with my two sisters) which we would call “Julia’s Child”. Food, table settings - the idea of “ingesting” ideas- plays a part in my visualization.


What is your favorite book or movie?
Anne Morrow Lindberg’s A Gift From The Sea is one book that I go back to over and over. It is a simple book that I first read 40 years ago and have always included on my “suggested reading list” in my drawing and painting classes. Each time I revisit her words, Lindberg reminds me to simply ‘slow down’ and ‘notice’… actually a very Zen thing I need to do in between living and working.


Who is your favorite musician, musical group or style of music?
Musician /music: Though I was trained in classical music and theory at The Longy School of Music in Cambridge, MA, I enjoy all forms of musical expression . But—The Blues gets to my bones.

Robert Johnson- a great, primitive blues singer/songwriter - is a favorite. He was born in 1911 in Hazelhurst, Mississippi. 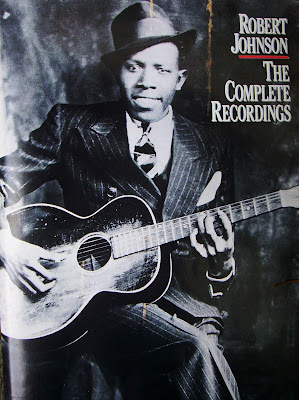 A bit about Robert Johnson that I find truly resonates with me as a visual artist:

Stephen C. LaVere, music historian, wrote of R.J. “He was…a most serious and precocious individual. His greatest blues are not only super-charged with truly fiery emotion, but they convey a despair and dissatisfaction along with a nearly omnipresent solemnity.”

Keith Richards wrote “…he came out with such compelling themes, they were actual songs as well as just being blues. And the guitar playing- it was almost like listening to Bach.”

Eric Clapton wrote, “What struck me about the Robert Johnson album was that it seemed like he wasn’t even playing for an audience at all; it didn’t obey the rules of time or harmony or anything – he was just playing for himself….. It was almost as if he felt things so acutely he found it almost unbearable. This was an image, really, that I held on to for a very long time.”

What do you most value in your friends?
Being a generous listener.

Name three artists whose work has influenced your own or whose work you most relate to
So many….Richard Diebenkorn, Wayne Thiebaud, Andy Warhol, Georgia O’Keefe, Jasper Johns, Kiki Smith, Cezanne


Name an artist whose work you admire but which may be unlike yours.
Cy Twombly’s brave open spaces. Gerhard Richter’s multi-faceted explorations both conceptually and materially.


What is your idea of earthly happiness?
Other than being lost in my studio- it is embracing my family around the dinner table with a home cooked meal.

Thanks for this interview, Nancy and Beverly. I saw the piece at Galatea and it was very nice!

Beverly has a genius relationship with color. I recommend seeing some of her work in person. You dont view her pieces, you experience them. As a former student, she was a generous teacher, working with each of her students levels.

So much fun learning even more about Beverly! She is so dimensional!