Today Bonnie dragged me off the couch and into the car for a scenic tour of some of our old haunts in the hilltowns of the Pioneer Valley (western Massachusetts). The weather was warm, sunny and springlike - perfect for taking photos. I shot some iconic views that I would like to share - mainly in Hawley.

When we lived in Ashfield (next town over) we had friends in Hawley and drove around there quite a bit. It's a very small town in Franklin County, MA with a population in the 300s (as in 336 or so people). It was settled in 1760 and incorporated in 1792. It's amazing to me that people would settle so far from civilization (and I'm not just talking about Colonial times). There are no gas stations, convenience stores or liquor stores in Hawley and not many remaining farms. It has an elevation of almost 1800 feet and so is one of the highest hilltowns. Some of the views are spectacular. 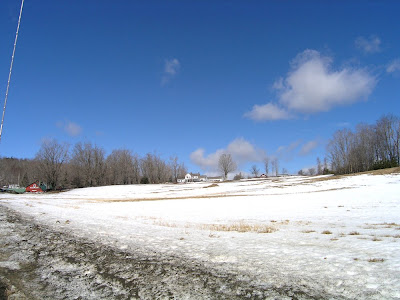 On our way through Ashfield, we passed by South Face Farm. It's that red building (or dot) at the left of the picture. They are a big producer of maple syrup and serve pancakes during this season. I always admired the view of this white farmhouse in the center of the picture at the top of a long, steep hill. It used to have a wonderful huge barn but it decayed and fell over in a storm. 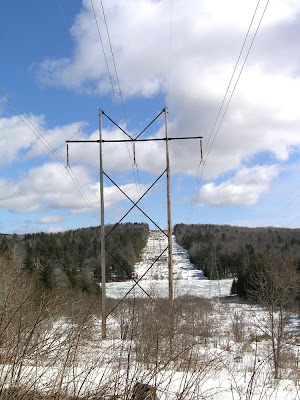 The powerline cuts through up there between Ashfield and Hawley. Power is important in this area because of electric wells and heat, but it's not really dependable. In one of the fierce ice storms this winter, power was out for up to 10 days around there. 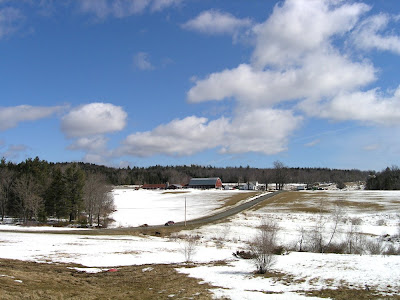 That farm in the distance with the big, red barn was owned by the Lilly family. They had a big dairy herd that had to be sold off after the farm owner died and the property was divvied up. It was very sad because the family really wanted to keep the place intact. We loved seeing all those black and white cows heading for the barn in the late afternoon. It seemed like hundreds of them slowly walking single file. 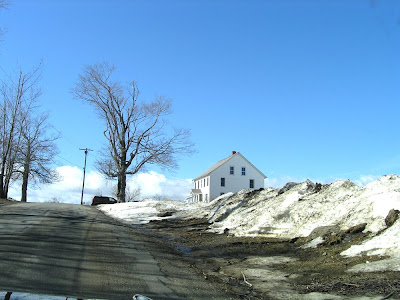 This house sits at the edge of a high open area that feels like the top of the world when you are in the middle of it. 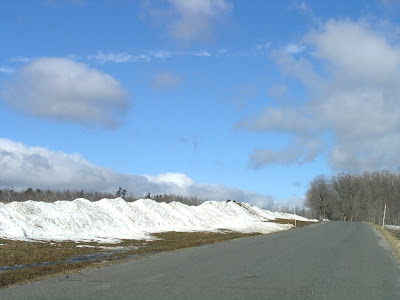 The view of a giant field is blocked by snowpiles. 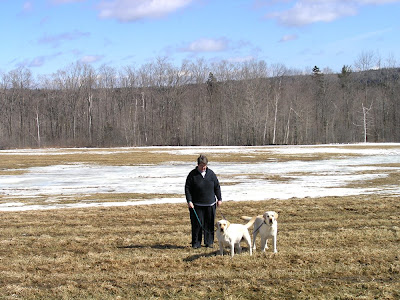 The boys got out for a whiz up there. (This is the other side of the road.) 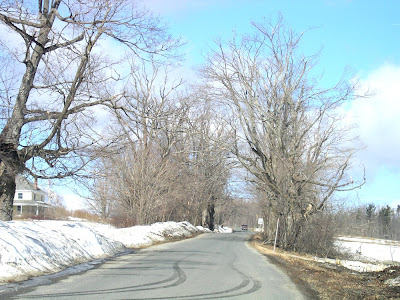 Some of the gnarled old maple trees that were badly damaged this winter. 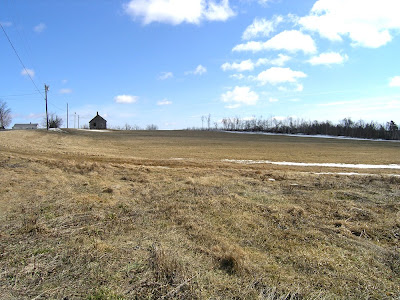 Approaching the old schoolhouse on Forget Road. One of our memorable evenings in Hawley was on this road in the pitch black night during a spectacular Leonid meteor shower in 2002 (I think). Five or six of us laid down in the road to watch the shooting stars. There was no danger of being run over. 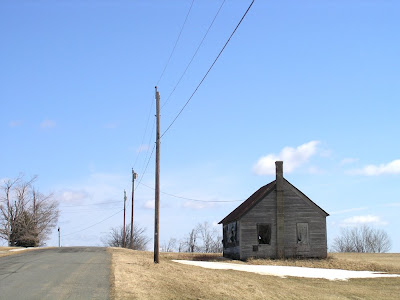 The old schoolhouse on the Donovan potato farm. It must have been a cold experience to go to school here. 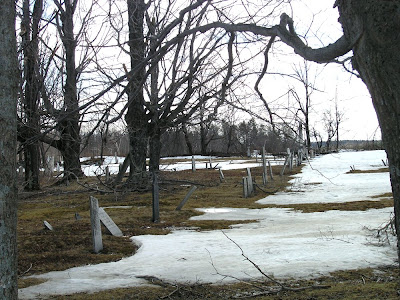 The old cemetery on Forget Road showing headstones and trees damaged this winter. 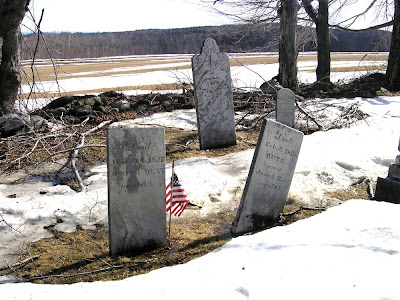 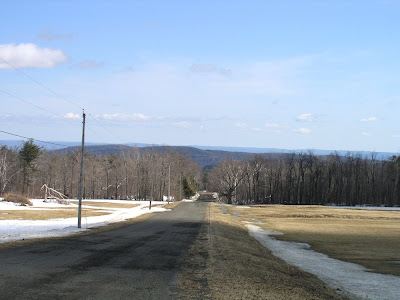 The road toward home. In the distance we could even see Mt. Monadnock in New Hampshire.
Posted by Nancy Natale at 1:09 AM