I love them all. Green is such a healing, welcoming color that I’ve always been drawn to it, but I don’t really paint with it much.

Love. It’s not an original sentiment, but I truly believe that it’s all you need.
What turns you on creatively, spiritually or emotionally?

People who judge others. People with a negative outlook. People who gossip.

I would be a biographer – interviewing people, doing research, then writing books. I’d start by writing a biography on the late, great actor Patrick McGoohan (I don’t think anyone has yet).

My favorite book is “Once A Dancer,” the autobiography of the ballerina Allegra Kent. She is a woman who has truly lived, and her perceptions are unique and revealing. My favorite movie is “To Sir With Love.” Everything you need to know about life is in there, especially the idea that you are responsible for your own behavior, and you owe others your forgiveness and kindness. 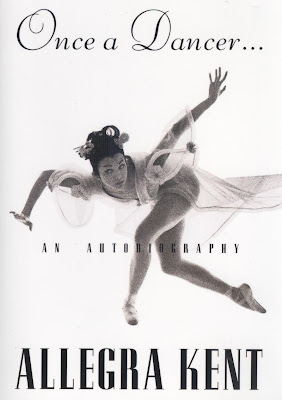 My idol is Pete Townshend, with or without the Who. Listening to his music, I realized that it’s important to find your true self and then be true to that self. No one puts more heart and soul into his music than this man, as well as the other members of the band (two of whom have sadly died).


Peter Dennis Blandford "Pete" Townshend  (born 19 May 1945) is an English rock guitarist, vocalist, songwriter and author, known principally as the guitarist and songwriter for The Who, as well as for his own solo career. His career with The Who spans more than forty years, during which time the band grew to be considered one of the most influential bands of the rock era, and, according to Eddie Vedder, "possibly the greatest live band ever."
Townshend is the primary songwriter for The Who, having written well over one hundred songs for the band's eleven studio albums, including concept albums and the rock operas Tommy and Quadrophenia, plus popular rock and roll radio staples like Who's Next, and dozens more that appeared as non-album singles, bonus tracks on reissues, and tracks on rarities compilations like Odds & Sods. He has also written over one hundred songs that have appeared on his solo albums, as well as radio jingles and television theme songs. Although known primarily as a guitarist, he is also an accomplished singer, keyboardist, and also plays other instruments, such as banjo,accordion, synthesiser, piano, bass guitar and drums, on his own solo albums, several Who albums, and as a guest contributor to a wide array of other artist's recordings. Peter Townshend has never had formal lessons in any of the instruments he plays. (from Wikipedia)
What do you most value in your friends?

It is important to me that my friends are not judgmental. I also want my friends to be kind and gentle to themselves, and to others.

The artists my style is compared to are Brice Marden and Jackson Pollock, and while I admire them both tremendously, they are not really my favorites. I have many many favorites, but if I HAD to name three, they would be Gustav Caillebotte, Joseph Cornell and Wayne Thiebaud.

None of the artists I most admire paint like me (see above)!

Headphones playing great music, all the paints and art supplies I need, and no need to be anywhere or do anything but PAINT in my studio. I also have a fantasy of being able to eat macaroni and cheese, and chocolate cake, without ever gaining a pound, but I don’t think that’s possible on Earth.

THis is a great way to get to know artists. I love and always have loved Catherine and her work, and am lucky to own two and a half works of hers. (the half is the one my son in law loved so I gave it to him for Christmas) wendysoneson@mac.com and wendysoneson.com

Joseph Cornell is one of my favorites! I like the little questionnaire, it's fun!!

Joseph Cornell is one of my favorites as well! I love the questionnaire. I think people like 'reading' interviews more than just a lengthy bio.

I love Catherine's work and her appreciation of life, in general! Thanks for sharing all of this; I loved interviewing her months ago for my blog and I like seeing newer work, and hearing her little fantasies.

Very insightful. I am very drawn to Catherine's work. Thanks for sharing- a great way to get to know the artist behind the art.

Thank you again, Nancy, for inviting me to participate in your Questionnaire series. And thank you to Nancy's readers for the kind comments about me and my work! (Blush.)

Thanks for your comments, Wendy, Jennifer, Lynette and Stephanie. I enjoyed getting to know Catherine a little through her responses too. We have never met in person, but now I know her favorite things in several categories. It's a good thing.

And thanks so much to Catherine for participating and having some fun with the questions!

I love Catherine's work. I first saw her work through a link from Jeanne Williamson's blog and was attracted by the freshness and energy. I enjoyed hearing more about her through the questionnaire.